3D printing allows for unique prints and what needs to be more unique than an award or trophy? Recently we printed the Bioplastics Magazine Award for the third consecutive year. Last year we printed the nominee awards for the Lodewijk van der Grinten prize, a local award. This year, once again, we were asked to print the commemorative trophies for all the nominees and used our upcoming nGen_LUX: 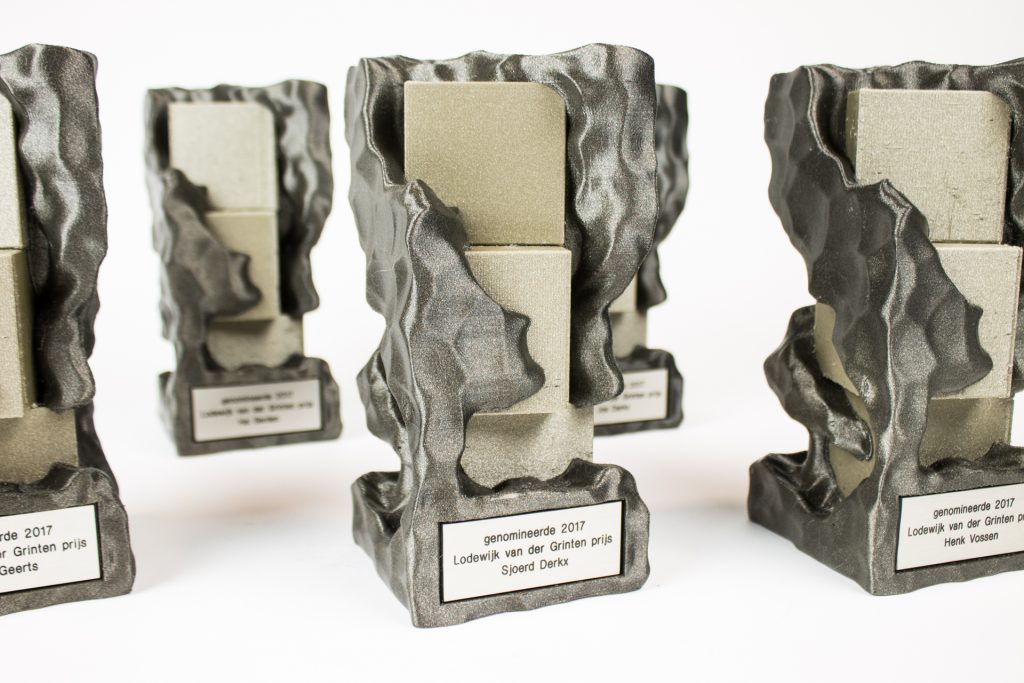 This year the prize was won by Seacon Logistics. Congratulations!

For these commemorative trophies we printed on the Stacker s4 with dual extrusion mode at 0.2mm layer height and with a 0.4mm nozzle at 240C 85C bed temp.

All nominees received this award.

A little bit about the award…

The Entrepreneur Award is named after Lodewijkvan der Grinten (1831 – 1895), founder of the current Océ. The name is not chosen without reason. Océ has become one of the biggest economic powers in Venlo and its region. The award is an initiative of the Foundation Lodewijk van der Grinten Business Award, in which LLTB Horst Venlo, Venlo Small and Medium Businesses (MKB), Entrepreneurial Venlo and the city of Venlo participate. It is handed out during a ceremony ever since 2010. The award is also made possible by sponsors, of which colorFabb is one.

The city if Venlo is located in the south of the Netherlands, next to the German border and in between the big harbors of Rotterdam and Antwerpen on one side and the German Ruhr area and Central Europe on the other side. Venlo and its surrounding region has been called one of the (if not the) best logistics hubs of Europe! With so much business in the area it is hard to stand out, which makes winning the award such an achievement! 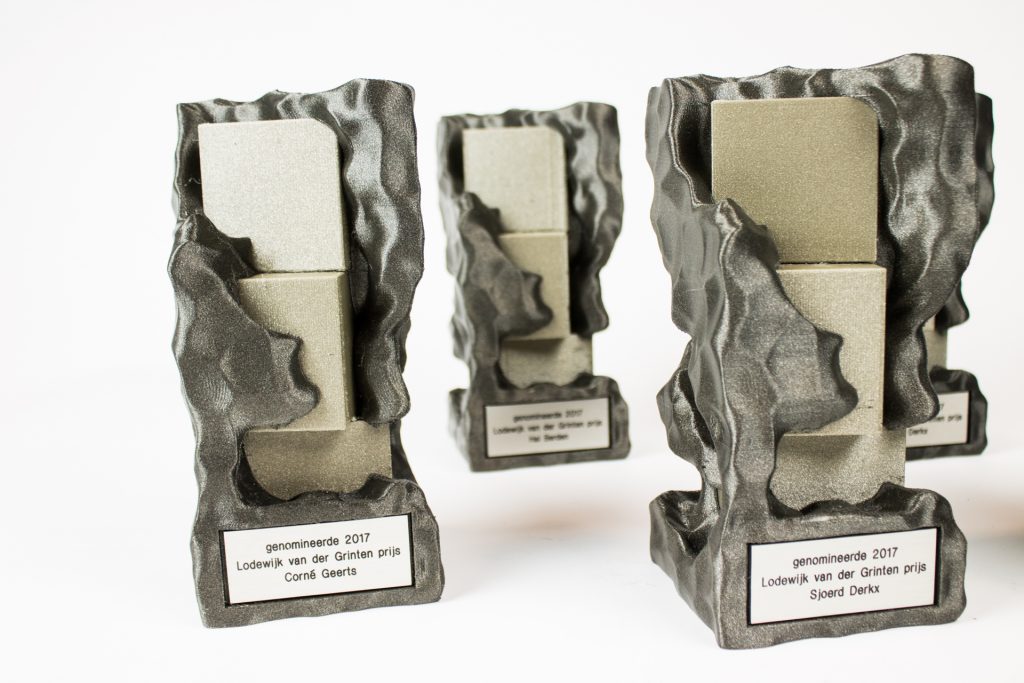 As the name indicates, nGen_LUX is based on nGen – the highly successful co-polyester based filament we launched nearly 2 years ago. nGen is currently our best-selling filament and go-to material for all your prints. It is a truly all-round filament made with Eastman Amphora™ AM3300.

Years of development, unique light diffusion additives and compounding know-how have lead to nGen_LUX. The “Lux” not only stands for luxurious – which is definitely the look of the prints – but also refers to the unit of illumination used worldwide. And light is what makes this filament truly special.

Keep your eyes and ears open for the release date in the next year! 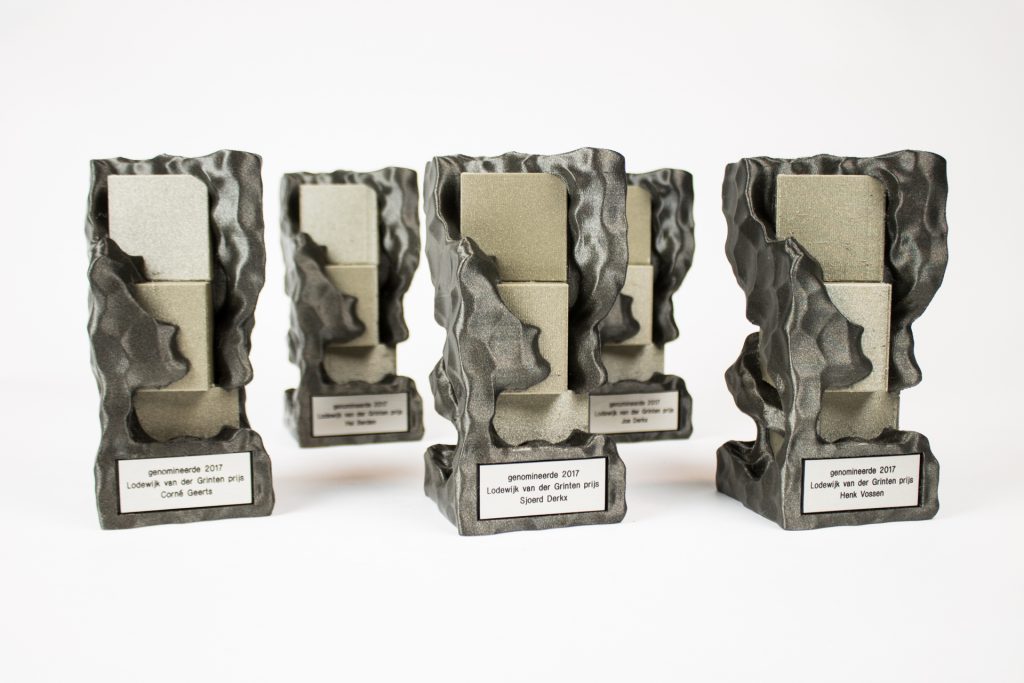 The Stacker S4 can be set-up for small series production, or single large part printing. Mounting up to 4 toolheads on the x-carriage gives the user higher output, but reduces the build volume. The alternative is to mount only a single toolhead and take advantage of the entire buildvolume of the S4 or its smaller sibling, the S2.

Multi-material printing is an option with the Stacker printers.

The Stacker S4 is an industrial grade FFF 3D printer. Multiple print heads and a large build volume make it a versatile printer. Small series production or large scale prototyping are no problem for the Stacker printers! This US based printer is very reliable and is a perfect match for any professional looking for serious 3D printing. You can find the full product specifications on our dedicated Stacker page.

For Stacker the term “industrial grade” is not a hollow marketing term. It means their printers are designed for extra long service life, extremely low maintenance and that the printer will maintain its positional accuracy throughout its life cycle. This printer has been designed to be used in a professional environment, be it for large prototypes or small series production.

colorFabb is proud partner of Stacker and official distributor for the EMEA region. At colorFabb we have been extensively testing with both the S2 and S4 in our print lab with our entire range of filaments. 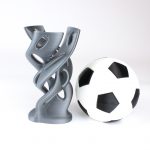 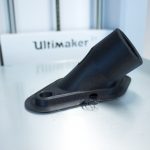