The sky is the place to be this summer… We’ve already shot some new drone footage and are heavily into RC planes (with some exciting news to come soon!). The sky, however, is a pretty big place and there is plenty to explore beyond the stratosphere. Enter SpaceX and its continuous news grabbing headlines with one succesfull launch after the next and, granted, some unsuccesfull ones. To honor them we decided to print the Falcon 9 rocket since our trusted Saturn V was feeling a bit lonely at the office. 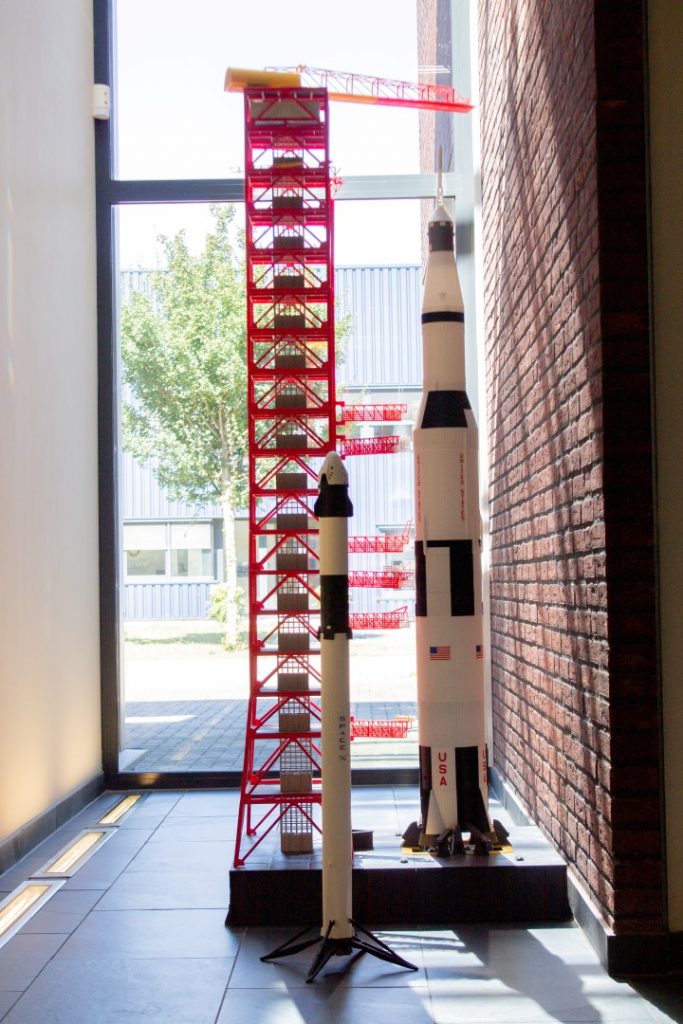 The Saturn V was printed by Korneel Bullens four years ago and it has survived multiple trade shows, one office relocation, a curious dog and the occassional cleaning accident. Now it’s time to extend the space port here at colorFabb with SpaceX’s famous Falcon 9.

Inspired by the latest Falcon 9 Crew Dragon launch we decided to print a model in the same scale as the Saturn 5 so we can get a great sense of scale between the two rockets. 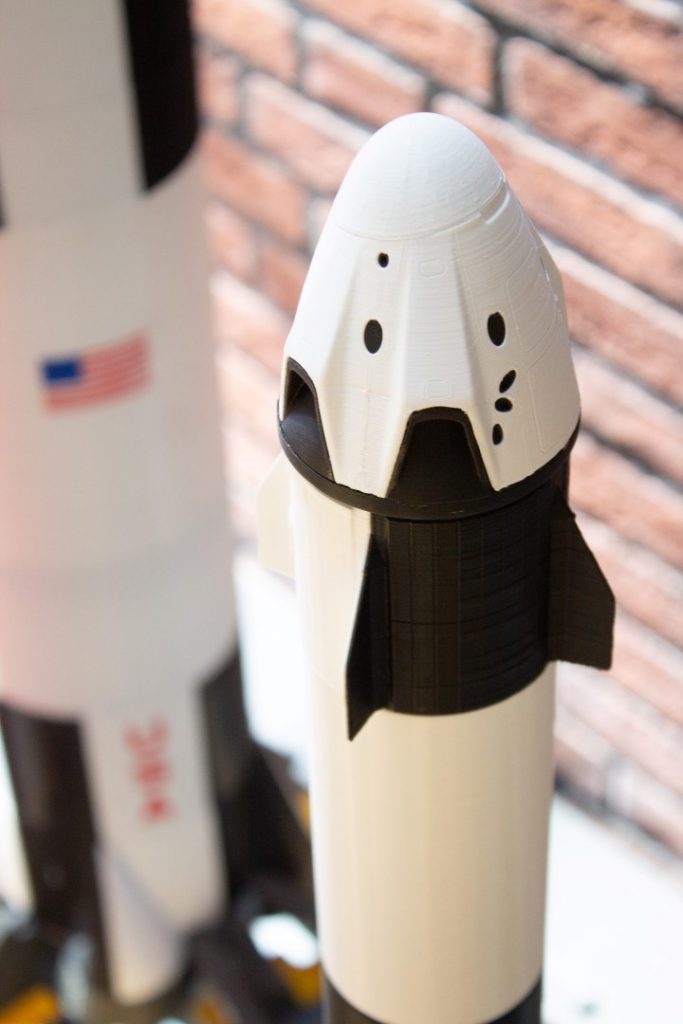 The Falcon 9 is SpaceX’s highly succesfull two-stage rocket. Click here to have a good view on all sides of this rocket.

We combined files from two projects into one build:

With some quick internet research we figured out the scale for the Falcon 9 and adjusted all the parts in the slicer software. Now, as printed, the Falcon 9 stands a proud 109cm but seems small compared with its 1960s classic brother the Saturn V which measures 180cm (rocket alone).

Unfortunately we had to scale down the Dragon M3 model too much for all the fine detail to be properly displayed. The model by An Duong is very detailed and would be best printed without scaling down. An Duong also offers an even more detailed version DRAGON – MS 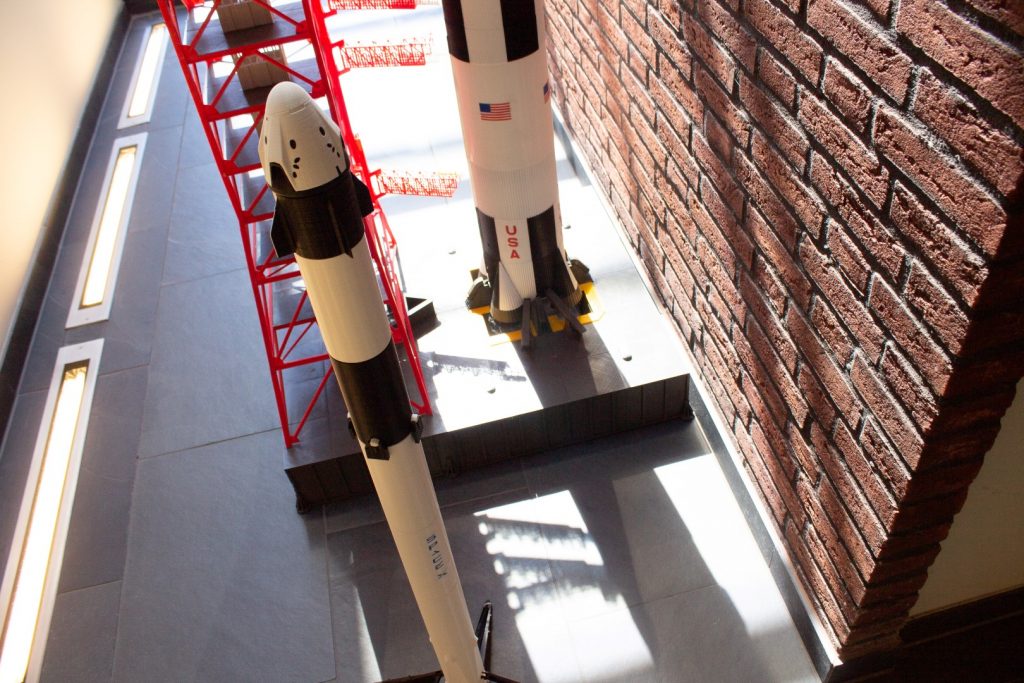 For this model we used:

All three filaments are available now and ship daily from stock.

(The Saturn V was printed entirely with nGen – check out the original blog here). 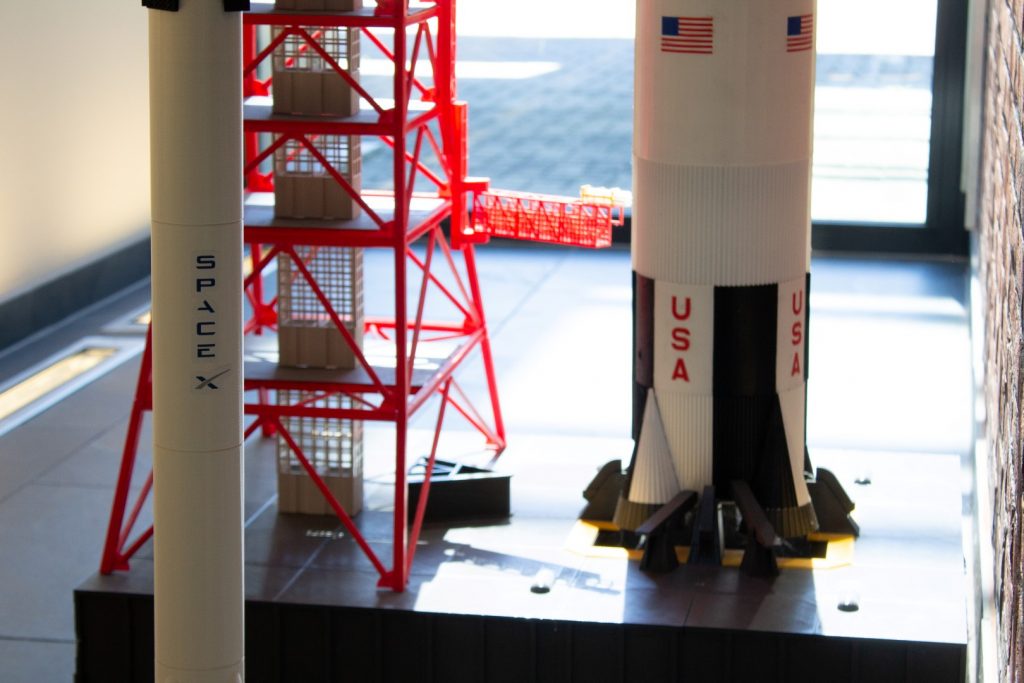 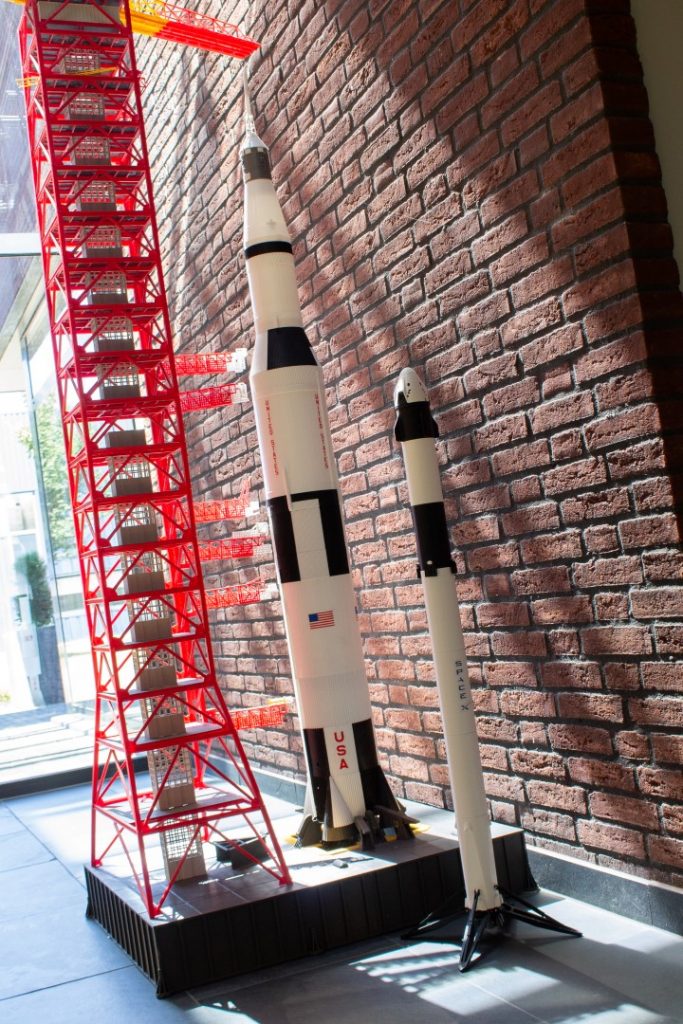 More rockets and space ships will be added later… 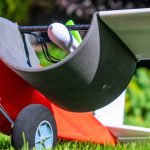 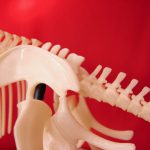