It is the season of giving and we can only imagine the amount of 3D printed items given away. One give away that was printed recently were little commemorative underwater hockey sticks. For this bulk print job we used our new PLA Economy filament.

Scaled at 20% from its original design, these little sticks were all printed on the Ultimaker 2+.

Underwater hockey is a sport that is played on the bottom of a swimming pool where two teams push and move a puck over the bottom of that pool. Although fairly unknown with the mass audiences, it is played worldwide.

PLA Economy was used for these prints since this new filament is a perfect filament to make such a give away, especially when they need to be produced in bulk and small series production. There were 33 little sticks per build plate, taking up approx. 5-6 hours per printer to finish the job. In total, nearly 200 were printed. PLA Economy was launched only a month ago and we’ve been sold out ever since. With all the back orders having shipped now, we are creating a stock situation. We have been printing quite a lot with our new PLA Economy line. A few examples are:

We have been testing this material for the better part of the summer and have found this filament a great alternative those customers who need a lot of PLA. We have released PLA Economy in four colors: White (RAL 9010), Black (RAL 9005, Red (RAL 3020) and Silver (RAL 9023). This PLA grade has been tested extensively and is being produced and shipped by the same colorFabb team you are used to so you know we are not compromising on quality. You can rely with this filament on the same high standards that colorFabb is known for. It is available only on 2.2kg spools.

PLA Economy is an addition to our range of PLA/PHA, which is available in 30 colors (and on 750 grams spools). 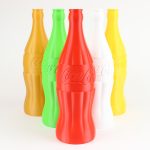 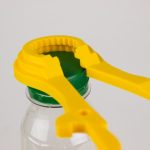