Last year we launched our new flagship product: varioShore TPU. It is a 3D printing flament which is flexible in more ways than one. Even after release we keep testing filaments in our printlab to see what the best practice is. One thing we keep testing amongst others is varioShore TPU’s infill and have opted for the gyroid infill.

We used Cura’s gyroid infill setting on the Ultimaker S5. The gyroid structure, aside from having a nice wave-y pattern, ensures an even distribution of strength throughout the model. It belongs to a class of mathematically minimal surfaces, giving the same strength as a hexagon infill, but with less material.

“A gyroid is a naturally occurring structure which be found in butterfly wings and even within membranes inside cells. In 2017, MIT researchers discovered that when graphene was shaped into a gyroid structure, it had exceptional strength properties at low densities. They then discovered however, that the crucial aspect of this was actually the gyroid structure itself, and that other materials such as plastic could benefit from this.” ~ Source: Matt’s Hub 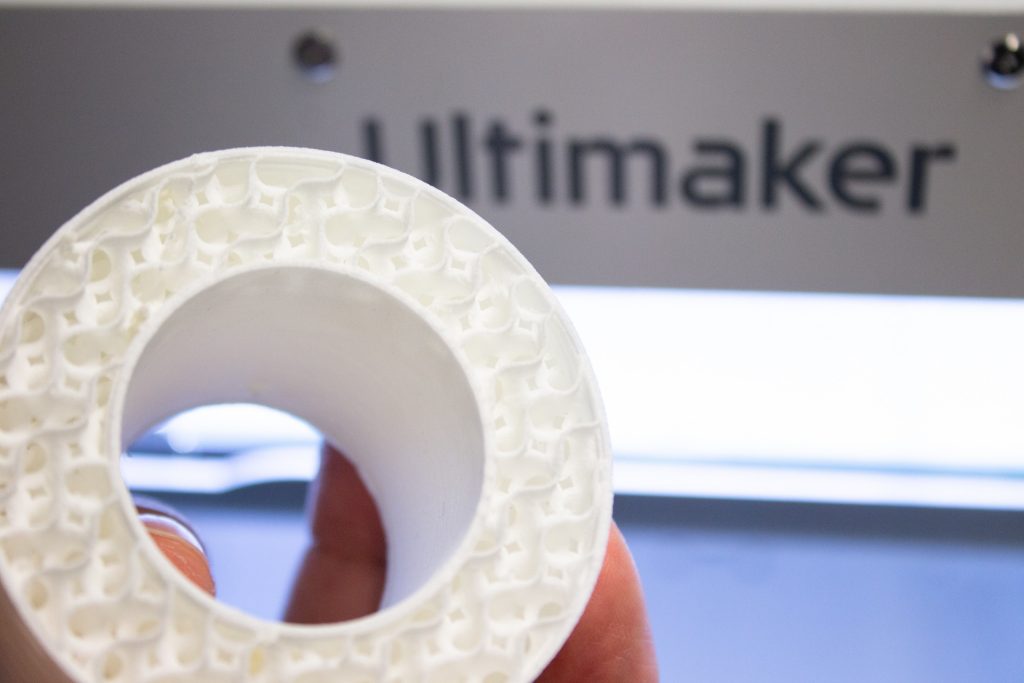 The print settings used on the Ultimaker S5 were:

For this development colorFabb partnered with Lubrizol Engineered Polymers, a leading global producer of Thermoplastic Polyurethane (TPU), used in everyday consumer and industrial applications, with a strong global manufacturing and supply network.

Lubrizol Engineered Polymers’ expertise in TPU chemistry was key to provide a customized TPU with a wide range of processing temperatures and adequate melt viscosity, meeting the requirements during extrusion and printing. A wider range of thermal stability and melt rheology allows an extended upper range of printing temperatures to maximize the range of densities achieved through colorFabb’s unique filament foaming technology.

The result is a filament with a base TPU of 92A, which will work with most standard extruder set-ups for both Bowden and direct drive systems.

We’re not done yet with varioShore TPU. You can expect more news soon. 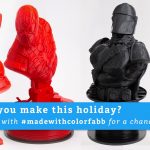 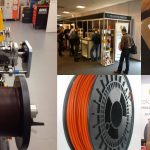