Eagle-eyed observers in the Twitterverse may have already deduced that we are closely tied to the new and awesome Blackbelt 3D printer.

This brand new 3D printer company revealed its concept a little over a month ago on Twitter and has gained a following of nearly 700 3D printing enthusiasts ever since. We were among the first followers and strong advocates. And this is not without reason.

The Blackbelt 3D printer’s concept is of producing its printed pieces on a small conveyor belt (made with a unique composite material) and prints at an angle of 45 degrees. This enables production of very long (even endless?) parts that also allow for unsupported overhangs. The creator of the Blackbelt 3D printer is none other than our former colleague Stephan Schürmann. You may remember him from the 3D printed bike that was released two years ago (you can find the full blog here). Stephan left colorFabb earlier this year to start Blackbelt 3D BV and spend all his time on the further development of his printer.

The printer has been in development for the better part of the past four years, first in Stephan’s mind and then with a first prototype. The release of the printer to the market is imminent and in a (by now) time honoured tradition the Blackbelt 3D will be released through Kickstarter. The Kickstarter campaign goes live this Thursday at 3 PM CET. Click here for the page’s preview link.

We are proud to announce that colorFabb is Blackbelt’s official material partner. In the testing phase colorFabb’s materials were used exclusively.

The BlackBelt 3D printer is not just a concept and not just a new prototype. Four years of engineering has lead to proven technology that is now available for you as well.

We will keep you updated on the progress of the printer as we enter this summer, but the easiest way to keep yourself informed is by signing up to the Blackbelt 3D news letter of follow Blackbelt on social media, like Twitter, Facebook and LinkedIn.

Stephan, your former colleagues at colorFabb wish you good luck with the Blackbelt Kickstarter campaign! 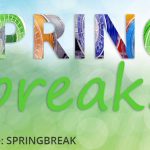 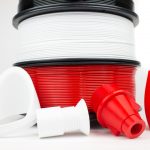